Women, "often better than two men while costing half as much".

Fortunately, while commonplace half a century ago, ideas like this are now unacceptable and the reality they describe is a thing of the past. However, a number of gender stereotypes, although more subtle for the majority, do continue to influence our organizations.

As a manager, how can you "deprogram" the preconceptions rooted in your subconscious and avoid these pitfalls in your management practices? I have some solutions to offer, but first, let's take a look at the situation.

In 2018, the Grandes Écoles au Féminin (GEF) network conducted a study on the professional lives of women, and the findings were clear: the stereotype of women favoring their family life over their careers is still very much present. What's more, they are considered less ambitious and less available than their male counterparts.

This is one of the reasons that may explain the World Economic Forum report's finding that women accounted for 49% of the workforce in 2020, but occupy only 40% of skilled roles.

In labor relations, expectations and behaviors are very different depending on gender.

A female manager working in an agribusiness field dominated by male executives told me this about some heated meetings:

Men came to me to apologize for raising their voices. If I were a man, this would never have happened.

Indeed, women are still considered softer and more fragile than men, to such an extent that their demonstrations of character not only astonish, they tend to shock.

In her book Lean In, Sheryl Sandberg (COO of Facebook) looked at the character traits that a woman "must and must not" possess. In her experience, strong, self-confident women risk appearing authoritarian while the same qualities are consistently admired in a man.

The #MeToo movement has given rise to a new wave of feminism that highlights the risks of abuse that still exist, especially against women, including in professional circles. Female managers in predominantly male fields are well aware of this reality. The world-renowned economist Susan Athey said the following in an article on this subject:

I spent all my time hoping that no one would remember I was female.

However, not all professional relationships are unhealthy and tinged with violence or, at best, condescension. It should also be noted that gender stereotypes are not only perpetuated by men. These preconceived ideas, remnants of an archaic collective conception of the sexes, nevertheless still have very real and insidious impacts today.

Because they are frequently unconscious and without ill intent, stereotypes lead to shortcuts when making decisions. Since they are often subtle and require extensive education, identifying or preventing them is difficult. The problem is that these implicit biases work in favor of a certain type of individual and deprive others of opportunities to develop.

As managers, how can we be properly equipped to fight these stereotypes that are harmful to the well-being of our employees?

To improve gender diversity in the workplace, managers must be on the lookout for potential systemic biases and take concrete action. Here are a few possibilities:

According to the stereotypes we hear most often, women are considered to be "team players", and more capable in human relations. While this perception is not negative in itself, it is a preconception that can lead to a misreading of an individual's skills. Assigning tasks to which it is assumed the person will be competent deprives women, more often than anyone else, of opportunities to stand out and climb the ladder.

By becoming aware of these biases in day-to-day management, we can adopt more open practices, such as:

However, considering women as professional individuals on an equal footing with men is not the only way that equity can be promoted.

It is also essential to regard all employees and managers as individuals entitled to respectful professional relationships and a balanced life. It is not only a matter of promoting diversity and equity, but also a healthy organizational culture for everyone.

Among some of the best practices to be taken as an example, Finland proposes inclusive family-friendly policies by giving fathers the same parental leave as mothers. By encouraging employers to recognize the paternal role, this measure is a concrete commitment to gender equality and quality of life.

The World Economic Forum report concludes that the Scandinavian countries are the most progressive in terms of gender and equity.

Quebec's parental leave introduced in 2016 has also proven its worth. Sociologist Valérie Harvey says that thanks to this leave, which is increasingly popular among men, Quebec fathers have become the best dads in North America.

Likewise, it is no longer relevant to think that women are the only ones who have to leave early in the evening to go to daycare or take time off when the children are sick. Men have an equally important role to play in parenting.

In short, it is about developing an organizational culture focused on balancing work and family for everyone, for example by providing benefits that take into account all the realities of parenting.

A company's commitment to a proactive approach to gender equality requires an awareness of the gender stereotypes that still exist. Managers must become more sensitive to the risks associated with discrimination and should be ambassadors for this movement, which has a huge impact on the life of the organization and all the people in it.

To conclude, according to social psychologist Patrick Scharnitzky,

Men and women have a better image of themselves when they work in a mixed organization. This demonstrates the impact of gender diversity on organizational performance.

Does anyone still doubt it? 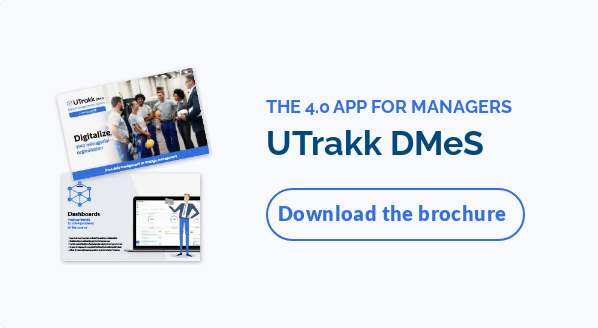